In January 2019, the Ontario government commissioned the accounting firm MNP LLP to carry out a comprehensive review of the operations of the Ontario Food Terminal (OFT). The Minister of Ontario Ministry of Agriculture, Food and Rural Affairs (OMFRA) also made a number of statements that led stakeholders to believe that the Terminal might be closed, relocated or recreated in some form, elsewhere in the region. In June, the Golden Horseshoe Food and Farming Alliance (GHFFA) commissioned the Canadian Urban Institute (CUI) to update a 2004 CUI report that had identified the OFT as a ‘unique asset in the central Ontario economy,’ with the goal of adding a qualitative dimension to the debate about the role of the OFT. The City of Toronto, as the host municipality for the Terminal with specific economic development and land use concerns, also provided funds for the update.

In July, in response to strong, broad-based support from organizations and individuals committed to the future of the OFT, the government announced that the Terminal will stay in its current location.

After these announcements had seemingly provided certainty over the future of the OFT, a key rationale to continue updating the 2004 study is to document the many positive improvements that have taken place over the past 15 years. The current study also represents an opportunity to examine how the Terminal has responded to influential trends in the market place, as well as evolving directions in public policy affecting the Terminal. 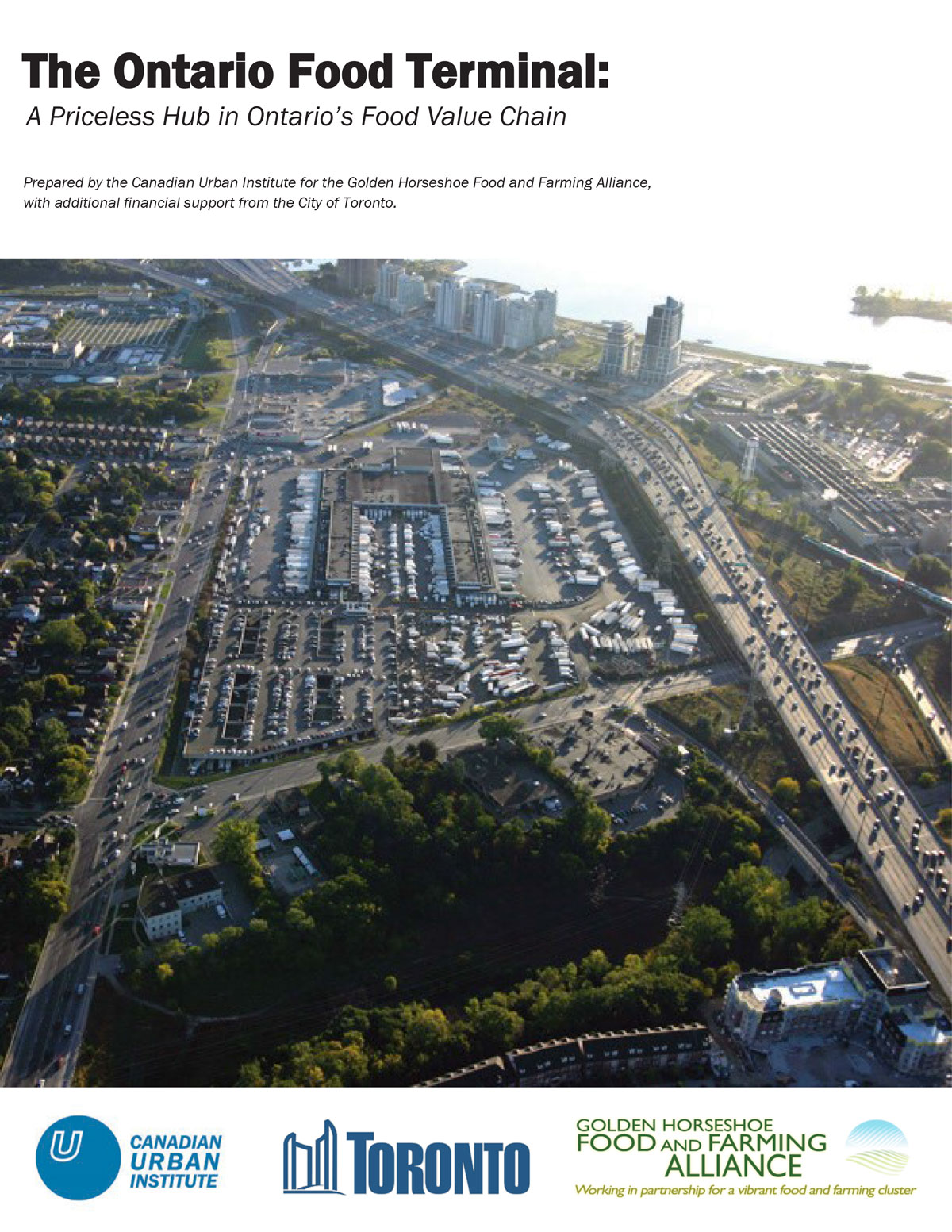 Prepared by the Canadian Urban Institute for the Golden Horseshoe Food and Farming Alliance, with additional financial support from the City of Toronto.

The Realized Results of LED Streetlights: Seizing the Opportunity

Information on how light-emitting diode (LED) streetlighting has evolved, specifically in Canada, lessons learned from early adopters and the realized results

The Ontario Food Terminal: A Unique Asset in the Central Ontario Economy

Explaining the importance of the Ontario Food Terminal in the local and provincial economy, threats to the Terminal, and ways to ensure its survival and growth

A look at the use of advanced lighting technologies in Ann Arbor, Michigan; Los Angeles, California; Toronto and Ottawa, Ontario; and Vancouver, British Columbia

Assessing the long-term infrastructure requirements for the City of Hamilton, and priorities for investment in infrastructure projects through analysis of existing and proposed community assets

A Step Towards Sustainable Infrastructure

A review of best practice strategies to attract high density parking options that could facilitate office growth, and an overview on how these strategies could be optimally applied in a range of urban contexts

A primer to introduce lighting managers to issues relating to integrating adaptive controls into parking and roadway lighting systems in order to reduce energy consumption, while ensuring safety for vehicles and pedestrians

Lessons to inform financial investment decisions in urban planning and public safety, to encourage active transportation among our older populations

Supporting the transition to networked LED streetlights, and helping municipalities in leveraging their connected infrastructure as a platform for intelligent communities