Nigel is the Co-founder of the Mayor’s Office of New Urban Mechanics, a civic innovation incubator and R&D Lab within Boston’s City Hall. Nigel’s work is about making urban life better via innovative, people-oriented applications of technology and design. Prior to joining the City of Boston in 2006, Nigel worked in a series of technology start-ups in the Boston area.

He was also previously the Urban Technologist in Residence at Living Cities, a philanthropic collaboration of 22 of the world’s largest foundations and financial institutions, is currently a board member at organizations such as Code For America and coUrbanize, and is an Executive-in-Residence at Boston University.

Nigel’s work has been written about extensively in magazines such as Wired, MIT Technology Review, Fast Company and books including The Responsive City, by Stephen Goldsmith and Susan Crawford and Smart Cities by Anthony Townsend.

This ground-breaking work has earned Nigel a number of awards including being named a Public Official of the year in 2011 by Governing Magazine, a Whitehouse Champion of Change and the Tribeca Disruptive Innovation award for 2012. Nigel is also a 12th level Wizard-Pirate with a special focus on causing chaos in large municipal bureaucracies via befuddlement spells.

CUI’s Mary W. Rowe sat down for a quick interview with Nigel to ask him: what are our biggest urban challenges? Here’s what Nigel had to say.

I live and work in a coastal city that is about the fall into the ocean. Climate catastrophe is eminent, and we need to fix things.

2020 clearly showed us the racial inequities that have always existed in the U.S. and Canada. As we’ve seen, it doesn’t take much to push us to the brink. They cut deep and are unresolved. A way into this issue is public dialogue and engagement. In the U.S., we have used very traditional modes of facilitating dialogue to have difficult conversations at scale that haven’t worked. When we look back at the misinformation in 2020, we see the need for a different and better way to talk about contentious issues in our society. Otherwise almost nothing else will matter.

The pandemic has created space to encourage and enable urban experimentation. Given all of the changes to infrastructure and digital technology in public spaces, we need the capacity to be able to experiment and talk about these issues. For example, look at how some restaurants have adapted during the pandemic with patios and using QR codes to view menus. This is great, but we give technology vendors access to our data every time we use our phones to scan those QR codes. What do we think about having sensor technology, or other kinds of surveillance technology in public spaces? This is a discourse we need to have to understand and weigh the pros and cons.  We are a highly surveilled population, some more then others. What do we want our public spaces to look like in the future? 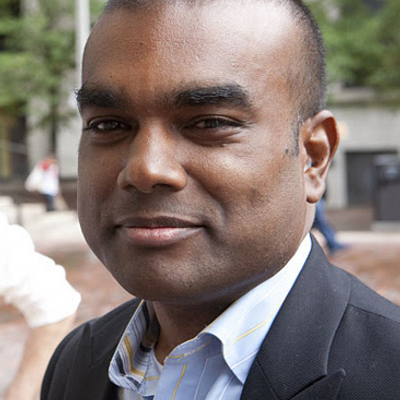