What local leadership looks like in a time of crisis

It’s not often you see a mayoral serenade.

The date was March 20, 2020. Saskatoon Mayor Charlie Clark is standing before his team at the City’s Emergency Operations Centre . . . playing the ukulele, thanking the team for their extraordinary work. 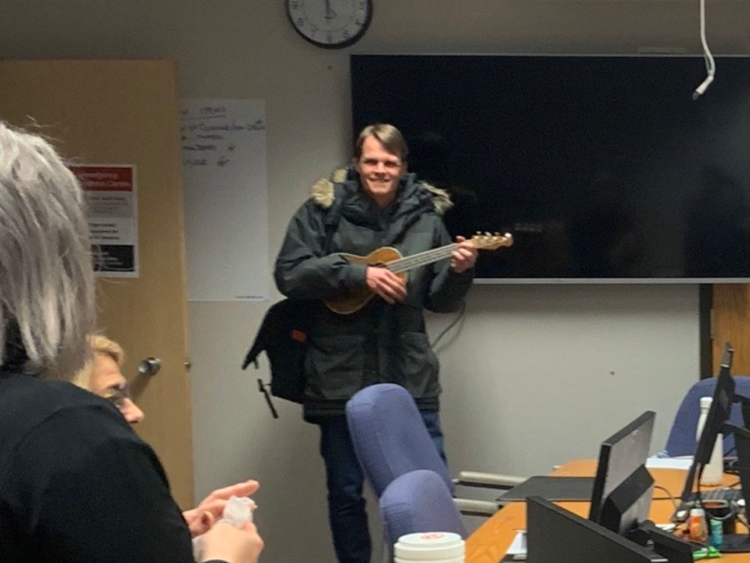 I think that people are starting to get the message that we need everyone to do their part to stop the spread of #COVID19 in our city. I hope that people will continue to behave responsibly over these next few weeks, as they will be key in our efforts to #FlattenTheCurve. pic.twitter.com/yM1n6o20W3

Over the past month, we have seen mayors in many unusual settings. Toronto Mayor John Tory tweeted daily video briefings about the City’s response to COVID-19 straight from his living room, while quarantined in self-isolation.

Mississauga Mayor Bonnie Crombie’s Instagram is filled with photos of her working from her kitchen and dining room table. Edmonton Mayor Don Iveson, also the Chair of the Big City Mayors Caucus, shared about hosting weekly meetings with mayors across Canada and Deputy Prime Minister Chrystia Freeland – a level of federal-municipal engagement rarely seen in Canada.

With the COVID-19 pandemic having already claimed more than 70,000 lives of 1.3 million confirmed cases worldwide, it is a time of extraordinary economic, social and political challenge.

It is also a time when we have seen extraordinary leadership from Canada’s mayors.

It is also a time when we have seen extraordinary leadership from Canada’s mayors.

We have enacted a State of Local Emergency. This allows CEMA Chief Tom Sampson to make the decisions necessary to help flatten the curve.

We are closing City-owned and operated rec facilities, as well as those operated by our partners, and the Calgary Public Library branches.

The first state of emergency in Canada was declared by a mayor – Calgary’s Naheed Nenshi on March 15 – not a premier or prime minister. With states of emergencies now declared in the majority of Canada’s cities, mayors hold more power than under normal circumstance – power they are exercising in a variety of ways.

It is often said that local leaders are “closest to the people” and well positioned to understand the unique needs of their cities. Mayors and local officials across Canada have responded quickly to the spread of COVID-19, with different approaches being adopted from coast to coast.

Amid the flurry of activity, significant urban questions are now in full focus: do mayors and local leaders have the power and resources they need to manage a crisis of this scale, particularly if the impact extends over several months? How can municipal governments, which are legally prohibited from running deficits, manage the financial impact of running things like free transit service alongside a dramatic reduction in tax revenues (an impact the City of Toronto has estimated at $65 million per week)? What will the lingering impact of this pandemic be on local governance, public spaces, public services, and cities themselves?

Only time will tell, of course.

In the meantime, Canada’s mayors and local leaders continue to rise to the challenge, working to support their cities through the crisis of our time.

So, to Mayor Clark and other mayors across Canada: play on. We thank you for the extraordinary ways you are leading our cities.