A Call to Courage: An Open Letter to Canadian Urbanists

Late last year, our President & CEO Mary Rowe began a conversation with Jay Pitter, award-winning place-maker and author, about collaborating on initiatives to increase equity within Canadian city-building. While we were in the early stages of building our partnership, the pandemic hit. That both disrupted and concretized our plans to work together. Jay was an early guest on our CityTalk platform, where we talked about some of the gaps in mainstream urbanism and how they are inadvertently causing harm to equity-seeking groups.

Within weeks, a civil uprising began to unfold against the backdrop of the public realm—the central domain of urbanism practitioners. Recognizing the urgency of the moment, our team huddled on how we could address this moment.

With the support of CUI in the background as respectful allies, this week Jay curated and moderated a CityTalk live session entitled: How do we respond to anti-Black racism in urbanist practices and conversations? Attended by over 2,000 participants from dozens of cities across Canada and the United States, this conversation initiated a crucial time of reckoning for anyone engaged in city-building. As a follow up, Jay has released A Call to Courage: An Open Letter to Canadian Urbanists. In it, she articulates a disheartenment about the silence among urbanists, provides a clear history outlining how anti-Black racism is concretized in urbanist practices, constructively critiques the language around equity and highlights how we can be better in this regard. She calls on urbanists across cities, racial backgrounds and professional disciplines to embrace the spirit of humility and curiosity to learn more about the history of anti-Black racism and urbanism, and not only speak out against anti-Black racism and all forms of urban inequities but also to have the courage to address these issues. She ends the letter by highlighting the following key recommendations. 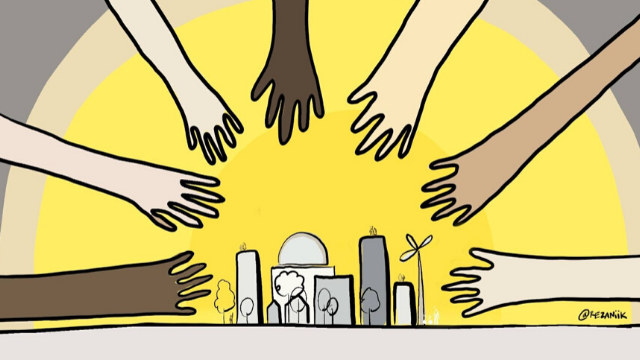 Access the Call to Courage letter and resource package here

Jay Pitter, MES, is an award-winning placemaker and author whose practice mitigates growing divides in cities across North America. She spearheads institutional city-building projects specializing in public space design and policy, forgotten densities, mobility equity, gender-responsive design, inclusive public engagement and healing fraught sites. What distinguishes Jay is her multidisciplinary approach, located at the nexus of urban design and social equity, which translates community insights and aspirations into the built environment. Ms. Pitter also makes significant contributions to urbanism theory and discourse. She has been named the John Bousfield Distinguished Visitor in Planning by the University of Toronto, and her forthcoming book, Where We Live, will be published by McClelland & Stewart, Penguin Random House Canada.