Gabriella is the founder of Laboratorio Para la Ciudad, the experimental arm and creative think tank of the Mexico City government, reporting to the Mayor. The Lab is a place to reflect about all things city and to explore other social scripts and urban futures for the largest megalopolis in the western hemisphere, working across diverse areas, such as urban creativity, mobility, governance, civic tech, and public space. The Lab also searches to create links between civil society and government, insisting on the importance of political and public imagination in the execution of its experiments.

Besides her fascination with all things city, Gabriella is also a journalist, visual artist, a director of documentary films, as well as a creative advisor to several cities, universities, and companies. She has been awarded several international recognitions for her work in different fields, such as the first prize in both the Audi Urban Future Award and the Best Art Practice Award given by the Italian government, as well as the TED City 2.0 Prize, among others.

Gabriella is a TED speaker, TED Senior Fellow, an MIT Director’s Fellow, an Institute for the Future Fellow, a World Cities Summit Young Leader, and part of the international advisory committee for the Mayor of Seoul on Social Innovation. She was recently named one of the 100 most creative people by Fast Company magazine.

CUI’s Mary W. Rowe sat down with Gabriella for a quick interview to discuss her work, urban imaginaries and cultural transformations. Here’s what Gabriella had to say.

I am the director and founder of an organization called Experimentalistas, a creative transdisciplinary studio that works with cities across the world who want to add an experimental and/or a participatory component to the work their doing. In some cases, we help them develop an urban agenda or urban imaginaries to explore bigger visions and possibilities for their city.

When we think about the future, we have to think about the inherent economic and urban inequalities embedded within cities. How we make choices as individuals and collectively, not only depends on hard data, but also our subjective lives, personal beliefs and the way we use metaphor—and none of that is unbiased. The way we think of our cities, ourselves and society is a foundational basis of our reality. So, how do we better understand the objective city out there and the subjective city that lives in our heads?

Ideas of the future

We did an urban imaginary survey across Mexico City where we asked 31,000 people from 1,400 communities three questions:

With that last question, we were hoping to learn about ideas for the future. However, what we got back were Mad Max apocalyptic scenarios. That started an interesting conversation. How much do we care about society’s ideas about the future and should government and policy makers care about this? So much of how our social lives happen in cities, actually depends on culture and culture is an ideology—a system of ideas, beliefs, metaphors and language. So how do we start incorporating that into the way that we think about cities?

What we think vs what we are and the cultural transformation

Mexico City has five million kids under the age of 14. And yet when you think of Mexico City, you would never think it was a city of children.  But that’s what we are, and the city wasn’t built for kids. While data is very important to our work, we also know that averages can be tyrannical. The UN says cities should have 9 square-meters for inhabitants, and Mexico City isn’t far from that. But when we started mapping the city, bit-by-bit, we found that some parts of Mexico City have more then 42 square-meters of green space and others have less then 5 square-meters. So that got us interested in spatial justice and everything a city is supposed to afford it citizens.

Similarly, you would never consider Mexico City to be a pedestrian city, but when we started looking at the data, it turns out that less then 30% of people in Mexico City own a car, which means that 70% use public transit—we are, by a huge majority, a pedestrian city, but don’t see ourselves as such. As stewards of cities, how do we nurture these kinds of aspirations or imaginations of the city we want to become. How do we decide who we want to be?

Everyone looks to Copenhagen as the case study for best practice and design when it comes to implementing bikelanes. However, we’re not Copenhagen and yet we have 700,000 cyclists who cycle every day in Mexico City (which is the size of Copenhagen). We are a cycling city and once your start to think of yourself as a cycling city, then so many other things become possible. The Copenhagen we know now is not the Copenhagen that existed in the 60’s. The Copenhagen we know now had to go through drastic urban and cultural transformation to become that city. Any policy needs to be accompanied by a cultural shift to be realized.

One of the interesting things about the constitution, is that in terms of rights, it is one of the most important legal documents. One of the criticisms we heard when it was finalized and became a legally binding document here, was that it read like a Santa Claus list. But isn’t that how all constitutions read? They include fundamental freedoms, democratic rights, legal rights and equality? They’re meant to be aspirational. So many people think that this conversation around urban imaginaries isn’t within the purview of politics, but it is the very essence of politics. It is the way that policy becomes the lived experience of the city.

Cities have the capacity to allow for a lot more nuanced, complex and changing ways of belonging to a place and peoples that isn’t exclusive of other ways of belonging. It’s richer and a less biased and prejudiced way of thinking about identity and belonging. It has a certain amplitude if done right.

When I first started the lab, I did this media interview and I remember the journalist asked me, in six years, what city will be your reference. Do you want Mexico City to be more like New York, Paris or Tokyo? I said none of those. New York didn’t become New York from wanting to be Paris and Tokyo didn’t become Tokyo from wanting to become New York. Of course, we inspire and influence each other, but this is a conversation about what the city and its history, typology, society and the way that it thinks about itself. We know that parts of it are malleable and can be influenced. 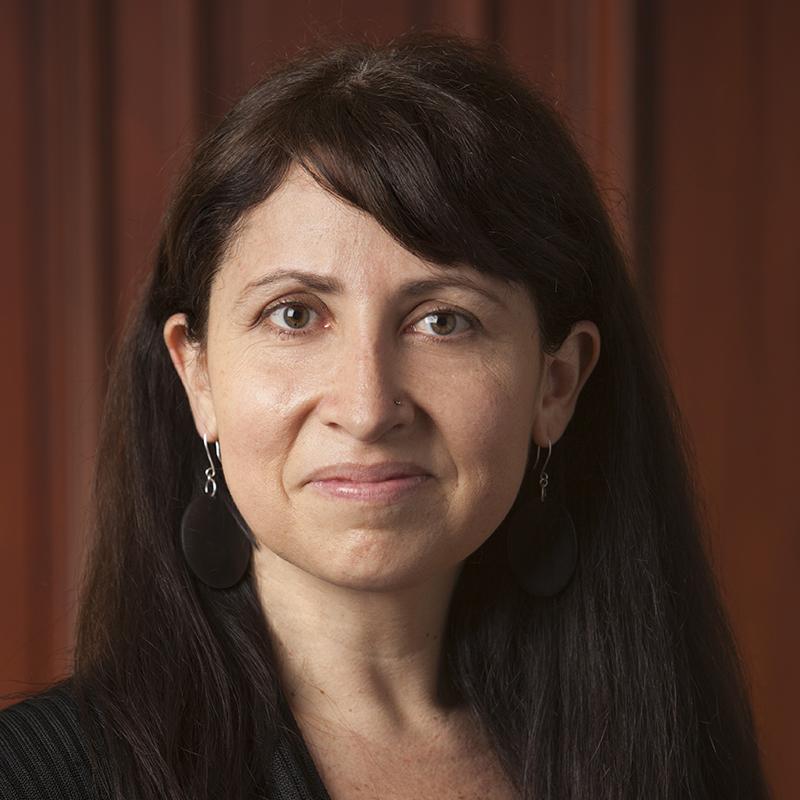