By Enid Slack and Tomas Hachard

This op-ed originally appeared in the Toronto Star on April 6, 2020.

The spread of COVID-19 across the globe has put cities at the forefront of the response. But, as cities continue to announce new measures to combat the crisis, the financial costs are becoming clear.

Last week, the City of Toronto announced it was facing $65 million in weekly financial pressures. Other cities across Ontario and transit agencies across the country are also warning of shortfalls.

This situation presents a great risk for municipalities. Unlike the provincial government, municipalities cannot run an operating deficit. Shortfalls in revenue require them to raise taxes or cut services.

The Ontario government has announced $250 million to help municipalities cover public health and social service costs. It will likely need to go further.

The province should be in conversation with municipalities in Ontario to determine a way forward to cover municipal revenue shortfalls. The province could allow municipalities to run temporary operating deficits, but doing so would require legislation and could have negative long-term consequences. The simpler short-term solution is for the province to cover shortfalls through transfers to municipalities.

At the same time, both provinces and municipalities should be preparing for a longer-term conversation about how to strengthen municipal fiscal health and public services going forward.

Coming out of this crisis would be a good time, for example, for the province and municipalities to work together to clarify responsibilities for public health and social services, which have been at the heart of the response to COVID-19. 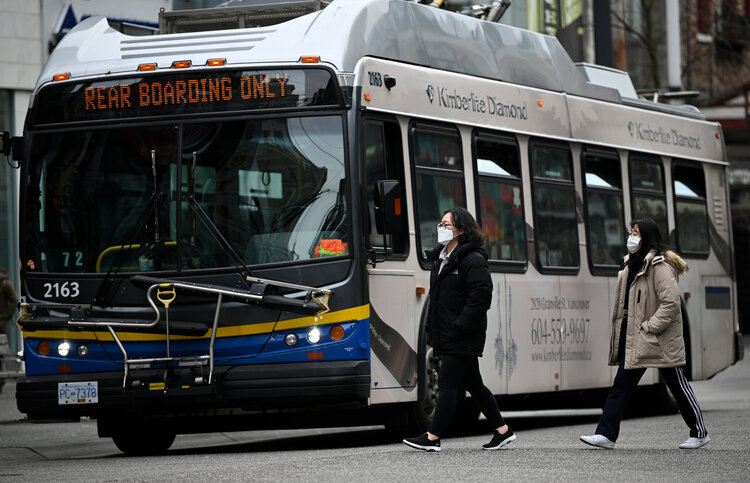 In a recent paper co-written with Gabriel Eidelman

Transit offers another example where important changes could be made. Currently, funding to operate and maintain transit in Ontario comes from fare revenues and municipal subsidies. The result is a significant strain on municipal finances. As Matti Siemiatycki and Drew Fagan note in a recent paper, we need all orders of government to come together to provide stable transit funding, not only for new subways and LRT lines, but also for operations and maintenance.

The COVID-19 crisis has in many ways brought out the best in all our governments and shown how well they can work together. This collaboration needs to continue, particularly to alleviate the effect of the crisis on local finances.

The job doesn’t end there, though. We came into this crisis with resilient public services and institutions, and strong municipalities. We can go into the next crisis even stronger. To do so, we have to learn from this experience, start difficult conversations about who does what, and make the necessary changes and investments.

Enid Slack is the director of the Institute on Municipal Finance and Governance (IMFG) at the University of Toronto’s Munk School of Global Affairs and Public Policy. Tomas Hachard is the manager of programs and research at IMFG.